Telepsychiatry is a Privilege 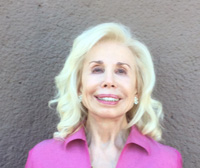 Dr. Constance Morrison Esquire, is an attorney and a Board Certified Nurse Practitioner, Psychiatry and Practices in the field of Law and Telepsychiatry. Attorney Morrison represents veterans before the US COURT OF APPEALS For Veteran Claims Washington, DC. A Veteran herself, Attorney Morrison's compassion is boundless for all who served. She is a Professor  teaching a variety of health, business and law courses. She is currently Telecast into Emergency Rooms in multiple hospitals, behavioral health units, and addiction facilities. She has expertise in the management of addictions, mood disorders, anxiety disorders and chronic mental illness. It is Dr. Morrison’s philosophy to provide timely and efficient care that is evidence based and centered on compassion. With that being said, she is conservative when prescribing medications and likes to rely on complimentary/integrated or alternative treatment methods. Dr. Morrison practices Lifestyle Psychiatry.

“Resolve to be tender with the young, compassionate with the aged, sympathetic with the striving, and tolerant of the weak and wrong.  Sometime in life you will have been all of these.”  (Lloyd Shearer)

Dr. Morrison, a founding member of the United States Department of Homeland Security continues to work in the area of Emergency /Crisis and Trauma, she has since studied under Dr. Bessel Van der Kolk who is World renowned and a legend in his time in reaching those who have suffered from trauma . DR. Morrison's professional practice is the practice of law and telepsychiatry wherein she is telecast into hospitals and other Mental Health Facilities nationally and sees patients daily who have suffered trauma. Treating children who have been the victims of trauma is heart breaking. Traveling the world as an International Speaker and Volunteer I have witnessed firsthand these unfortunate traumas. Dr. Morrison will be involved in her new volunteer venture of teaching self-health care to impoverished children in India via the internet.

I have had the good fortune of being the daughter of the  late Larry and Grace Gentile whose life of service and generosity was well known . Their gracious spirit lives on in the Worcester Community. This devotion to service was continually nurtured when I entered Anna Maria College Paxton, MA in my 17th year from the Sister of St. Anne wherein "Compassion is the ultimate value in life, service is the ultimate action" At commencement  in May of 2006 Constance was awarded an Honorary Doctorate in Humanities for her service around the world. Dr. Morrison has since remarried to Alan Tripp a widower, a Vietnam Veteran and a soldier like herself.. They are both involved in Volunteerism and her work continues as she serves.

Constance A. Morrison , inducted as a Fellow of the American Academy of Nurse Practitioners on the Potomac , in Washington DC.

Dr. Morrison is an attorney and owns a consulting firm specializing in continuing legal education, forensic science education, malpractice/risk management, and advanced practice nursing/healthcare administration consulting. As a nurse practitioner and active international speaker, Dr. Morrison has built a research trajectory using interventional studies providing continuing legal education for NPs. She has used her legal and practice expertise to advocate for NPs at local, state, regional, national, and international levels, and has been recognized with numerous awards for her global humanitarian efforts with victims of natural disasters, and as a founding member of the United States  Department of Homeland Security.

Attorney Constance A. Morrison is a telepsychiatrist, healthcare consultant and  trial attorney. Her areas of law are personal injury, which includes medical and nursing malpractice, mental health litigation, and, defense of nurses in disciplinary hearings before the Massachusetts Board of Registration in Nursing.

Combined with her Doctorate in Law, her Doctor of Nursing Practice, her Master's Degree in Business Administration, and her Master's Degree in Forensic Nursing, she received her Post Master's Certificate  in Teaching Nursing Education. She also received her Advanced Post Master's Degree as a Community / Mental Health Nurse Practitioner. She is Board Certified by the ANCC as an Advanced Practice Nurse, Psychiatry and is licensed as a Nurse Practitioner/Prescriber. Dr. Morrison is an educator in Schools of Medicine, Business and Nursing.

In her role as the first known graduate Forensic Nurse Attorney in the world community, Attorney Constance A. Morrison was a Field Attorney for the Federal Emergency Management Agency (FEMA), consulting on a variety of legal issues including man-made and natural disasters. Ms. Morrison has also held the position of staff nurse in all clinical settings; and,supervisory positions, including Chief of Nursing Service in both acute and chronic care facilities, hospitals and rehabilitation centers. Nurse Attorney Constance A, Morrison was recognized by Tom Ridge as a founding member of the Department of Homeland Security.

She is a Red Cross (volunteer) nurse serving in disasters around-the-world. Attorney  Morrison is also a former Captain inthe United States Army Nurse Corps. A tireless advocate on human rights issues, and former hospice nurse, Nurse Attorney Morrison is the recipient of several awards for her accomplishments. She received an Honorary Doctorate in Humanities from Anna Maria College, "for devoting her life to serving others through Nursing, the Law and the Community."

She was a Legal Advisor for and is a member of the International Association of Forensic Nurses (IAFN). She is educated as a Sexual Assault Nurse Examiner by the Massachusetts Department of Public Health. Attorney Morrison was an advisor to the committee for developing the Forensic Nurse Death Investigator credentials and served on the Ethics, Membership and Awards committee. She is a member of the American College of Clinicians and serves on the advisory board.

She is a prominent international speaker and is the author of numerous peer reviewed publications on nursing malpractice and negligence issues. Attorney Morrison serves on the  Editorial Board of the Journal of Nursing Law, the Online Journal of Issues in Nursing and the Journal of Forensic Nursing .